Board Member to Board Member Emails—Are They Official Records? Division of Condominiums Muddies The Waters 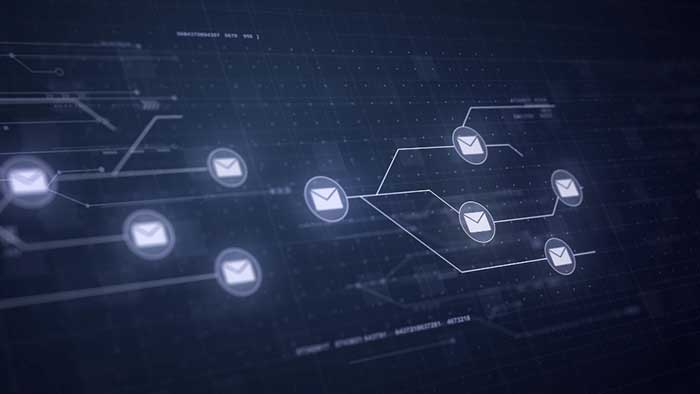 On January 6, 2022, the Department of Business and Professional Regulation (DBPR), through the Division of Florida Condominiums, Timeshares, and Mobile Homes (Division), entered a Final Order Granting Petition for Declaratory Statement in the matter of In re: Petition for Declaratory Statement, James Hanseman, Petitioner (the Hanesman Declaratory Statement). In this Final Order, the Division Director (Chevonne Christian) stated that all board member to board member emails are official records of the association. Unfortunately, this Order was entered i) without regard to who owns the device from which the email was sent;

In general, a petition for declaratory statement may be used to resolve questions or doubts as to how the statutes, rules, or orders may apply to the petitioner’s particular circumstances. These statements are only binding upon the parties who join in the proceeding. The Division issues “declaratory statements” when requested by parties who are unclear about the applicability of portions of the Condominium Act, Chapter 718, Florida Statutes. Declaratory statements are formal written positions taken by the Division on the laws and rules the Division is authorized to enforce and interpret. Importantly, with regard to the Hanesman Declaratory Statement’s precedential value, it has none whatsoever. It only applies to the parties named in the Hanesman Declaratory Statement, which includes the petitioner, Mr. Hanseman, and the Wildewood Springs II-B Condominium Association Inc. This decision is merely persuasive authority, at best. In fact, the Division does not even have to follow their own written precedent. Yet, it is predictive as to how the Division will rule should a similar fact pattern be presented. So, beware!

The Hanesman Declaratory Statement could stand for the broader proposition that all director emails are official records of the association, or perhaps it stands for the narrower proposition that board member emails are not automatically excluded as an official association record merely because the emails were sent from a director’s private email address and privately owned computer. Time will tell, I hope. In the meantime, applying its broadest interpretation means that the Division has now opined that all director-to-director emails are official records. This broad interpretation means such emails must be produced in response to a member’s official records request, unless later excluded from production due to matters of privilege. This broad interpretation also means that for all requests to inspect the official records of the association, directors will have to search their own hard drives and provide copies to the manager or whoever is coordinating the inspection. If this broad interpretation is to be applied, it is yet another burdensome requirement for board members and could be viewed as an extreme overreach of a governmental administrative agency. In light of this possible interpretation and obligation to turn over board member to board member emails, who will want to serve on the board, now?

Let us examine the history of this important topic. On March 6, 2002, Sue Richardson, the Chief Assistant General Counsel of the DBPR, issued an opinion which provided that “[c]ondominium owners do have the right to inspect email correspondences between the board of directors and the property manager as long as the correspondence is related to the operation of the association and does not fall within the…statutorily protected exceptions…[The DBPR does not have] regulations expressly requiring archiving emails, but…if the email correspondence relates to the operation of the association property, it is required to be maintained by the association, whether on paper or electronically, under chapter 718, Florida Statutes.”

The arbitrator reasoned that “[t]his must be so because there is no obligation to turn on [the] personal computer with any regularity, or to open and read emails before deleting them.”

Then, on July 1, 2014, the Florida Legislature amended s. 718.112(2)(c) to provide that board members may communicate via email. Just because the legislature clarified that directors may do so does not mean that such email communications should automatically be considered official records of the association. Board members are not publicly elected officials. Yet, the Division’s recent Hanseman Declaratory Statement creates a basis to conclude that the Division desires to hold a director’s email communications to the same standards.

that nothing exempts records when created or transmitted with a board member owned device rather than association owned device.

She then applied what she referred to as the plain meaning of the term “writing,” referring to the definition of the term from Black’s Law Dictionary (11th ED. 2019), which provided “emails constitute a form of writing.”

What is the end game of the Hanesman Declaratory Statement? The implications are far-reaching, indeed. Does this mean that text messages must be disclosed? What about communications on messaging apps such as WhatsApp and Signal? If not, why not? The logic is arguably the same. What about conversations held with a board member outside of a meeting—must the board member make a disclosure he or she had such conversation at the next noticed meeting? Where does it end?

It is rather common knowledge that there is already a mechanism in the law to acquire documents of every kind. It is called a “subpoena duces tecum” and is used in active litigation to compel production of documents. In this author’s opinion, that is the only circumstance in which a board member’s private emails must be produced, unless and until the Florida Legislature or an appellate court squarely addresses this issue.

As the phrase goes, “one step forward and two steps back.” In other words, while a board member can use email to communicate with a fellow board member, it may come with the steep price of later required disclosure. So, if you want to avoid email disclosure, you may want to consider using a phone to discuss matters. If you want to play it really safe, then be sure to only chat to a minority of board members, too. Until there is an appellate court decision or statutory law that squarely addresses email disclosure, please be sure to discuss these matters with your association’s attorney. In the meantime, perhaps consider using dedicated association-hosted email addresses for association-related emails.